The British Medical Association negotiated a four year pay deal with the government in 2019 that stated junior doctors would receive a 2% pay rise each year until 2023. However, a recent 3% pay rise agreed to by the Department of Health and Social Care has left 53,000 junior doctors in the lurch. BMA is consulting to understand what needs to be done to rectify the situation.

The new 3% increase will apply to most NHS staff – nurses, care assistants, consultants, and salaried GPs and dentists, but not junior doctors. At the moment, junior doctors are responding to a survey to determine BMA’s next steps. They have not yet balloted for strike action, but this could happen if it’s decided action needs to be taken.
The original offer of 1% was not received well by NHS unions, so ministers came back and renegotiated a 3% pay award for NHS Staff which will cost around £1.5 billion. The government assures that the money to pay for the additional cost will come from existing health budgets and won’t be paid for by new money from the Treasury.

After 18 months of NHS staff working through the coronavirus pandemic as it ravaged the country’s healthcare resources, the initial offer was seen as inadequate. However, junior doctors were also among the frontline workers dealing with the outbreak daily – and it’s not over yet. Not being compensated properly alongside their peers might just be the thing that pushes good doctors out of healthcare.
While it’s insulting that the government has decided to exclude junior doctors from the pay rise, experts claim the final 3% rise is a step in the right direction, but it’s also still not the level of support needed.

If you think you might be affected by these changes, get in touch with us.

We’ll review your finances with you and help you plan for the future, no matter what ends up happening with NHS pay rises – schedule some time today. 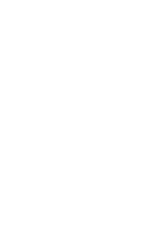 Is it time to review your financial plans?
Investments | Financial Planning | Retirement | Save Tax | Protection |