The Inside Scoop on Inflation 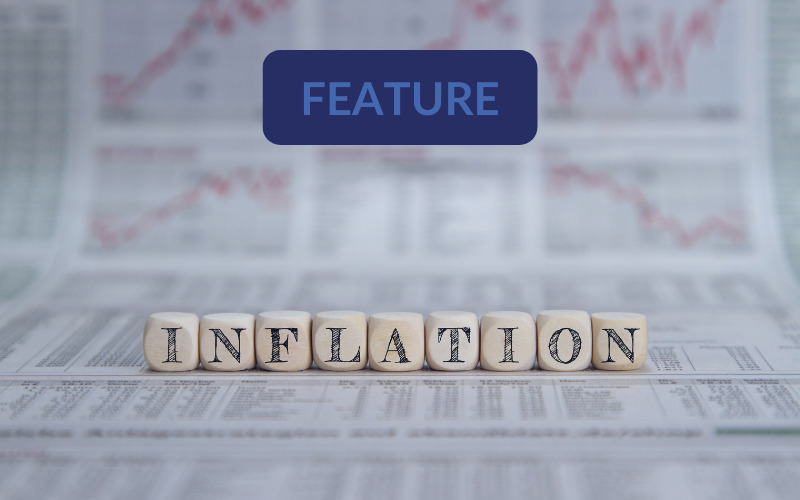 Inflation has become a major topic of interest as it is being experienced all around the world. The prices of food, fuel, energy, and many essentials are skyrocketing. Inflation is generally pretty low for developed countries, but it’s currently creeping up toward double digits this year in the UK. Read on to get the inside scoop on inflation and what it means for you.

To put it simply, inflation is just the measure of a change in prices. According to the ONS, the latest figure for the UK as of June 2022 is 8.2%. This means that many commonly purchased items like energy, food and beverages, clothing, shoes, even transport costs that are tracked month to month and year on year cost more than 8% this year as opposed to last June.

There are several potential causes of inflation. Economists divide them into two kinds: “cost push” and “demand pull”.

A cost push occurs when the costs of producing goods and services rise and consumers face increased prices for end-products.

A demand pull occurs when demand for something exceeds the supply.

Nowadays, inflation is largely driven by cost pushes because energy is a factor in the calculations since energy is used for everything. And when energy costs rise, everything else is impacted and consumers will invariably bear the brunt. But between the pandemic, supply chain disruptions, and challenging political times, it’s not shocking that inflation is on the rise.

Why is too much inflation a problem?

First and foremost, the biggest danger of inflation is the possibility that prices rise faster than incomes. When that happens, people are unable afford many goods and services and could result in a fall in standard of living.

Inflation won’t affect everyone the same way, but here are some of the negative effects of inflation:

A history of inflation

The situation we’re currently in now is reminiscent of the 1970s. At the time, oil shocks had pushed up the price of oil, causing higher inflation. Back then, central banks reacted slowly, choosing a “wait and see” approach. They hoped that since prices were so high, people would stop spending so much. Unfortunately, quite the opposite happened — consumers kept spending because they thought prices would continue to rise, which only made them rise further. Raising interest rates wasn’t exactly a popular option, but it was eventually decided as the best one.

Now though, because central banks are independent, policymakers are more likely to turn to interest rate hikes to tame inflation. We might not get as bad as back in the ‘70s, but undoubtedly there will be a period of higher unemployment and slower economic growth all in the name of stabilising inflation.

To learn more about what increasing inflation could mean for you, get in touch with the experts at Dental & Medical Financial Services. Our team will review your financial plan and ensure you’re doing all you can to beat inflation. Contact us now.

News Update: Over 50s Returning to or Staying in Work
2 August 2022

Knowing What to Expect From Your State Pension
21 July 2022